Animal Tech: Opportunities to help you make decisions on the ranchFree Access

Technology has many definitions and means something different to all people depending on their needs. Technology is:

• A manner of accomplishing a task using technical processes, methods and/or knowledge.

• Creation and use of technical means and their interrelation with life, society and environment.

• Knowledge and utilization of tools, techniques and systems in order to serve a bigger purpose, like solving problems or making life easier or better.

In the latter definition, there is mention of tools, which could be a form of technology. Consider Aldo Leopold’s five tools of game management (published in 1933): axe, cow, plow, fire and gun. Those tools aren’t what we would think of as technology, but they did help solve problems, accomplish tasks and meet the needs of the manager. We’ve come a long way since that time.

Skip forward 60-plus years, and terms like “precision agriculture” are now commonplace. Precision agriculture gained momentum with the development and use of global positioning system (GPS) technology. Now, there’s a new kid on the block. It’s called precision livestock farming; it isn’t a thing of the future, it is already upon us. Precision livestock farming relies on animal technology, which is the technical means to collect, analyze and interpret a wide range of metrics on animals for the purpose of research, production, management or well-being.

The term now being used for most animal technologies and sensors is “wearable technology.” Wearable technology has become critically important for monitoring animal health. The correct sensors and technologies, when coupled with data analytics and communication, can provide real-time information and diagnoses of animals. Sensors and wearable technologies can be deployed, fitted or implanted on animals to measure body temperature or mass, observe behavior and movement, detect stress, analyze sound, monitor health, and many other things.

The development of animal-based technologies began with individual cow identification, which started as visual ear tags then progressed to electronic identification (EID) tags, making EID tags one of the oldest wearable technologies. EID tags incorporate many different technologies, but most are passive tags, meaning they require another device (for example, a wand, data logger, tablet, etc.) to read the identification number and/or information from the tag.

There are three classes of EID tags: 1) Radio frequency identification (RFID) tags are most common. RFID tags use low frequency radio waves, which only allows the tags to be read from a short distance; 2) Ultrahigh frequency (UHF) tags provide a longer read range, typically within line-of-sight, and they operate the same way as RFID tags; 3) Bluetooth is likely the next generation of ear tag. Bluetooth is a wireless technology that uses short wavelength UHF radio waves, so read distance can be up to 100 yards, but with recent developments, the read range may reach 1 mile or more. This technology could leverage existing Bluetooth capabilities within smartphones, something that many of us carry on a daily basis, to serve as the collection device.

The next type of tracking devices are much more accurate but much more costly and used primarily for research purposes. Global positioning system (GPS) collars are actually receivers that receive signals from satellites to aid in positioning, navigation and timing. If you have a smartphone, it likely is GPS-enabled so you don’t get lost. GPS collars are a standard technology for the study of wildlife but also are deployed on livestock, mostly beef cattle. GPS collars can help collect information on activity, behavior, bedding/resting locations, habitat use, grazing site preference, migration, energy expenditure and more.

Despite the relatively high price tag of GPS collars, there are new systems being developed to control grazing of livestock. These new systems are known as virtual fences and require precise positioning from GPS collars to keep animals inside an invisible fence. Having an invisible fence and a collar to condition animals using sound and/or mild electric shocks to stay within a designated area negates the need for physical fences, which are costly and require maintenance. The application of virtual fences is still in its infancy with a few companies leading the way, and the future of this technology is unknown until more testing and validation is done.

Taking physical measurements of animals has been a standard practice for assessing health, growth and success of management programs. The following technologies apply more to domestic animals than wildlife because they are easier to herd and work. However, when wildlife are captured, these methods provide an enormous amount of information about the animal itself and the environment in which it lives.

The two most frequently collected pieces of information are body weight and temperature, and, with just these two measurements, a wealth of information is waiting to be unlocked. Collecting body weight is standard for any production operation or for research, especially when linked to other data such as age, reproductive status or environmental variables. Typically, livestock are ran through chutes to collect body weight, but this is done at irregular or long intervals. To start understanding individual animals and their feed efficiency, new systems have been developed to take body weight more frequently. These systems include GrowSafe Systems Feed and GrowSafe Beef in pen weighing technology and the 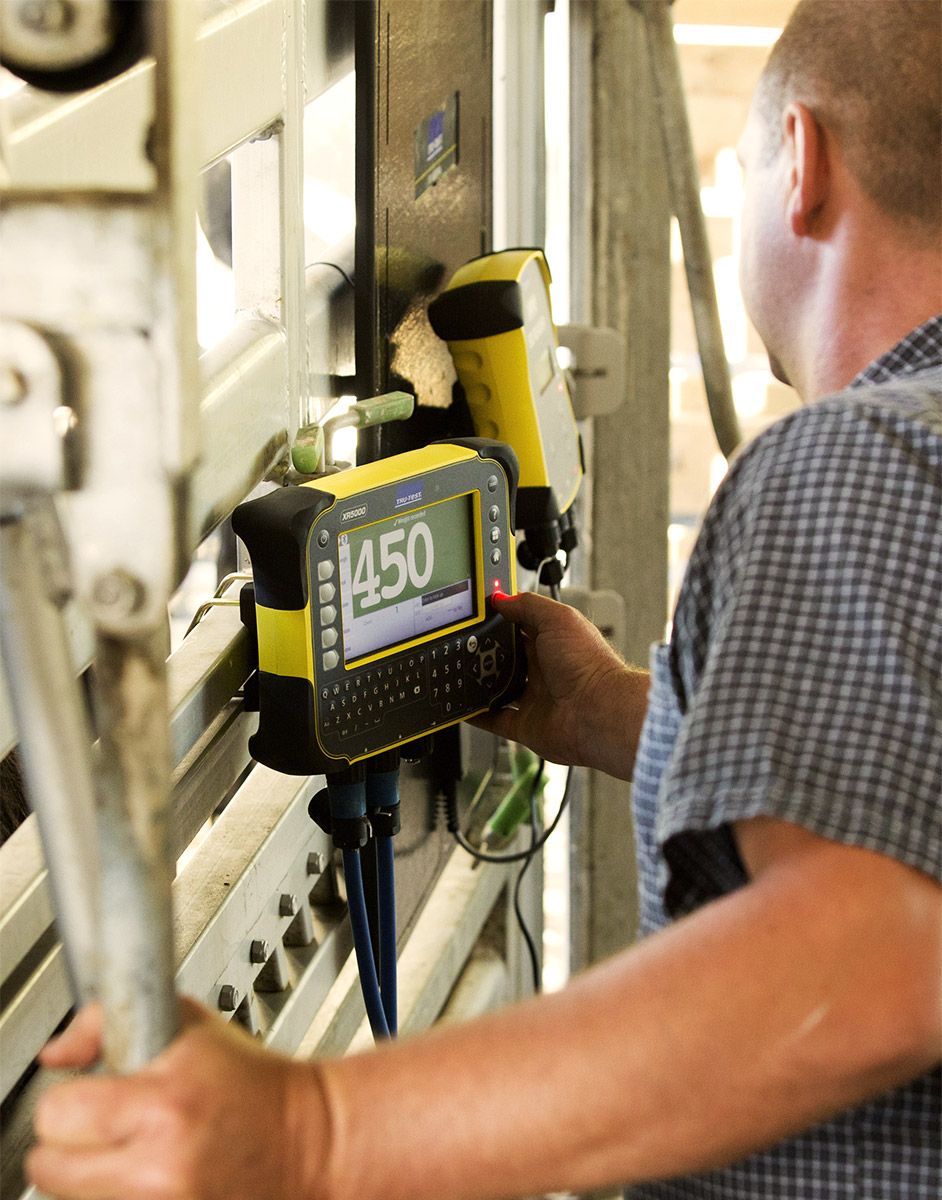 (WOW) platform and system, which collect body weight multiple times per day and attribute the data into a unique animal based on an EID tag.

Just like taking our own body temperature, taking the temperature of animals can provide an indicator of their well-being. Change in body temperature is one of the first symptoms of a body fighting an illness, an indicator of health. Collecting an animal’s temperature can be done by traditional means such as using a rectal thermometer, but, with advances in technology, devices such as a rumen bolus or e-pill, muscular thermosensors, or tympanic (ear) or under-skin temperature sensors can provide automatic data collection. For example, a rumen bolus is swallowed by an animal, then sits in the reticulum and transmits data to a receiving unit using lower power radio frequencies. A rumen bolus may also be able to measure heart rate, respiration, rumination or rumen pH, but many of these applications are still being tested. Some applications of monitoring body temperature include assessing heat stress or energy expenditure and predicting when an animal is in heat.

If one wants to “look” inside an animal, then ultrasound or sonograms and stethoscopes offer noninvasive techniques, and both methods offer portability whether working in the field or chute-side. Ultrasound has been used on animals to assess pregnancy, tumors, fat thickness or body condition. A stethoscope can be an invaluable tool in the right hands and when placed strategically on the animal. Stethoscopes are used to listen to the lungs as a way to monitor for respiratory diseases. For example, bovine respiratory disease (BRD) is a major cause of economic losses in cattle. When a stethoscope is combined with body temperature, a more complete health assessment of the animal is accomplished.

Many of the technologies used to study animal behavior were developed out of necessity by wildlife researchers who have a difficult time obtaining animals for study. Many of these technologies were adopted from other disciplines as well. Accelerometers, which measure acceleration or velocity of travel, and magnetometers, which measure heading, are gaining in popularity. These are the exercise trackers of the animal world. The sensors provide very frequent data collection with minimal power allowing users to assess activity, movement, behavior, health, feeding, estrus, calving, etc. Outside of research, such as in a production setting, users are not interested in the data itself but the relationships between the data and a behavior of interest; this is determined through research, validation and sometimes machine learning.

Video cameras are not new but their application for animal monitoring or study is increasing. It is often difficult to sit in the field to collect data on animals because of many constraints and logistical issues. Collecting video of animal behavior, feeding, social interactions, etc., provides a permanent record of the event and allows the user to collect a broad range of data in the comfort of an office or home. Often, video cameras on animals are used to validate behavior from accelerometers and to study feeding habits such as forage selection, bite counts and cud chewing.

There also lies many opportunities to collect data from animals using remote technology. A few of these technologies include the use of unmanned aerial vehicles (UAV) and systems (UAS), acoustic monitors, and imaging or photography. Although a stethoscope allows one to hear, it does not provide continuous or real-time monitoring; a few systems, such as a rumen microphone or rumination monitor, can do this very thing. Acoustic monitors, known as bioacoustics, and remote cameras are used to collect sounds or images from wildlife surveys. When coupled with artificial intelligence to automatically identify species, a wealth of information can be provided about wildlife presence as it relates to their environment.

The use of UAVs and UASs may be able to provide the tools to count or inventory animals remotely or to take photographs of animals to track development. For example, photographs of animals allow researchers to link photographic measurements of animals to known characteristics such as age, size or weight after research and development of prediction or adjustment factors are estimated. Thermal imaging may also hold promise for detecting heat stress or illness in animals. Thermal imaging cameras can be deployed on a UAV or hand-held thermal imaging cameras can be used, but they often require associated software.

Technology is developing at an astonishing rate, especially for military and industry needs. The development and adoption of technology for agriculture or animals has lagged behind. However, it is predicted that technology developed specifically for agriculture will increase 2.5 times by 2025. It is very likely that mobile or smart devices will play a critical role. Other opportunities to expand technology to agriculture and animal operations include the miniaturization of devices and development of low-power or solar-powered devices. To have the greatest impact, the data collected from these devices will need to undergo well-designed research and validation that leverages artificial intelligence, machine learning and cloud computing to process the data into a usable format so users can make sound decisions.

This article originally appeared in the Noble Research Institute’s August newsletter and is reprinted with permission.

This site uses Akismet to reduce spam. Learn how your comment data is processed.

Send Us Your News

Enter your e-mail below to subscribe to our free weekly newsletter! 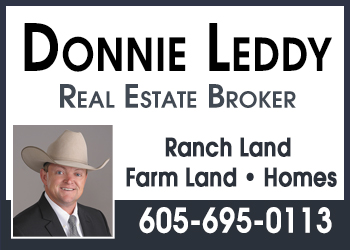 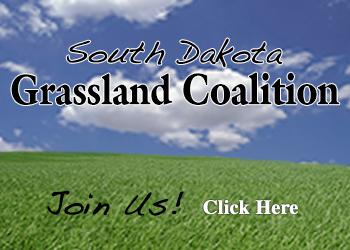 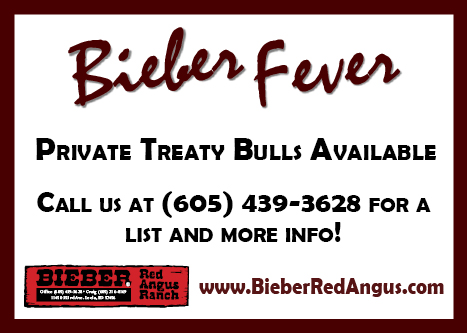 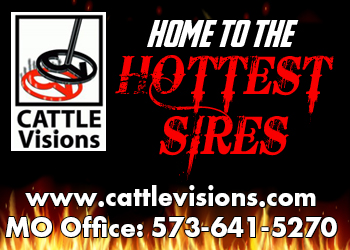